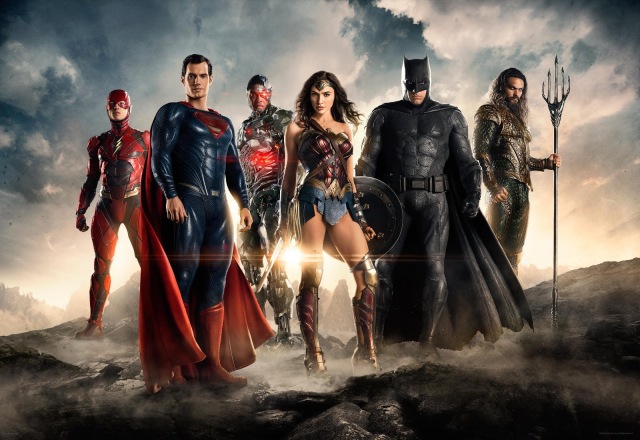 I’ve made no secret to those who know me and I’ve mentioned it now and then on this blog. I haven’t been a fan of what Warner Bros. has done with DC superheroes on the big screen. Man of Steel left me flat and Batman v. Superman a had a strong distaste for, to be very polite. HOWEVER, after seeing these next couple of trailers I think things are looking up. Warner Bros. is turning a corner with me after seeing these next couple of trailers. Wonder Woman was the incredible in Batman v. Superman and she continues to shine for me both in the film that bears her name and from what I see of her in the Justice League film.

I’m digging the tone that’s being set in the Justice League film and actually enjoying Ben Affleck in the role of Bruce Wayne/Batman in this trailer which says a lot, since I found him almost intolerable in the first film he played the role. It looks like a typical, “Lets get the gang together” kind of format, but I can deal with that.

The Wonder Woman film is looking incredible from this trailer. The enchanted nature of Wonder Woman as this timeless warrior for peace is being established with the film taking us to the island of the Amazons and going through Wonder Woman’s first adventures in the man’s world where she’s fighting the Kaiser in the First World War. Seeing her charging out of the trenches and wading into battle is an amazing visual. Wonder Woman is going way beyond my expectations from these brief glimpses of the film. I’m honestly excited for this movie.

Okay enough of my going on, let get to the actual trailers:

Husband to an amazing woman, father to four kids and Bixby the Tech Support Pup. I have so many interests but so little time to pursue them currently. I enjoy video games old and new, and when I say old I'm talking Atari 2600 or Commodore 64 kind of old. Love table top role playing games and board games of all kinds. I enjoy reading comic books and novels mainly fantasy, science fiction and horror. I draw when I'm awake enough. View all posts by droracle